Today's World Cup Player to know is Cristiano Ronaldo, or the heart-throb of professional soccer. For you girls this is the man you should hope takes his shirt off after a penalty kick! You may recognize him from magazine covers like Vanity Fair and People and he's been in the news recently not just for exceptional football-skills, but also because of rumors that he has been linked to Hollywood Diva Kim Kardashian.

For you guys, he is most often referred to as Ronaldo. Cristiano is the captain of the Portuguese national team and will be wearing the number twenty jersey. He is rumored to be the highest paid soccer player in history after he signed to play with Real Madrid. This speedy forward is an offensive powerhouse and he has a arsenal of skills that he uses most often with the intent to embarrass his opponent.

Many commentators will tell you that Cristiano is the best striker in futbol today, but I'll let you decide. Check out this video and you'll see why Ronaldo and Messi are likely to go head-to-head for Best Striker, if not Most Valuable Player, during the 2010 FIFA World Cup.

Portugal will be in bracket play with one of the toughest draws with teams including Brazil, Cote d'lvoire, and Korea DPR. 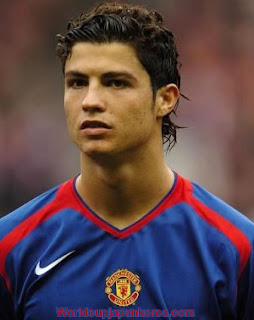