In some ways I think I was unlucky. I knew death at a fairly young age. At that time it wasn't the visitor of a car accident or a heart attack, those would come later. The first time it fell from a tree, not a whole lot different than the leaves fall when the weather turns each autumn. I was only in the fourth grade when an afternoon at the park ended tragically for one of my classmates. It was the first time I was faced with the indisputable fact that our time on earth has a real beginning and an real end.

Since then death his lurked in the shadows throughout my life, the uninvited guest to many parties. Two classmates who committed suicide before ever experiencing high school and then a high school classmate who never had the chance to go to college. One of the hardest instances was a college teammate who took her life the day before my 19th birthday. My grandfathers, my best friend's mom, my parent's friends, extended family and family pets. I know that death is imminent but I don't know that I've really given my own personal end much thought. 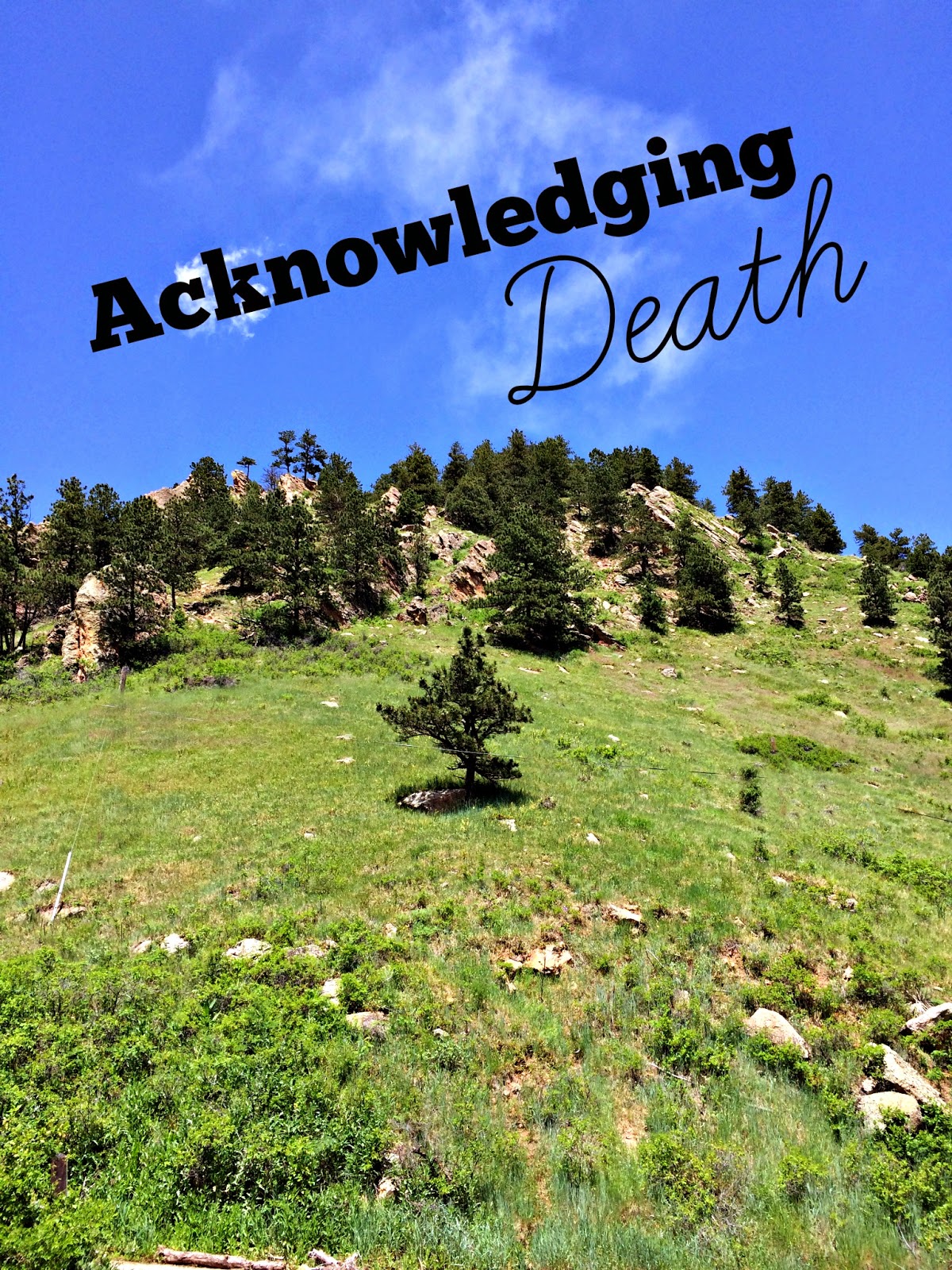 Maybe it's taken me becoming a wife and mother to put death into perspective. To bring it out from behind the dark corner so that it has a real presence in the room.

I found out last week that a former coworker's been diagnosed with breast cancer. She's only 37. She's a wife, and mother to two precious boys, ages two and five. And she's pregnant. This time with a little girl. The news stopped me dead in my tracks. I mean I literally could not breathe. I learned that she's undergoing chemo treatments and that she's losing her hair. She wore a pink wig on her 37th birthday. She seems in good spirits considering the tremendous obstacles she's facing and I'm left in awe and admiration.

The news has really got me thinking - what if it was me? What if I had had to sit my husband down after a long work day and break the news to him that I'd received a cancer diagnosis? I'm not really prepared for news like that at this point in my life. I don't know that you really ever be really prepared for that kind of news. I don't know how she handled telling her family and frankly I don't want to imagine how that conversation unfolded.

As I reflect on everything this woman is facing the thing that stands out to me the most is that I don't think I've come to terms with the fact that as I get older my friends, coworkers and family will be in battles to defend their life against illness. Before now the death I've known has been immediate and in those times when it has been a battle it's been met by someone who's had a long and full life. Not someone relatively close to my age, which I still consider young. Not a pregnant woman. Not a mother with toddlers. Not some one that could be me.

Death, I know you're coming for me and I'm not scared but please be kind to those I leave behind. I know that whenever my time comes, I'll forever be with them. Watching down from Heaven with my Savior in my eternal resting place.

Until then I'm going to be praying for those who are facing these struggles. If you find it in your heart, please pray for my former coworker and her family as she battles cancer and pregnancy simultaneously.