It's that time again. Time for my latest Vox Box review! I received the Surfs Up Vox Box from Influenster and now I'm here to share some of my thoughts on the products. This box was full of goodies that help get you through the summer. 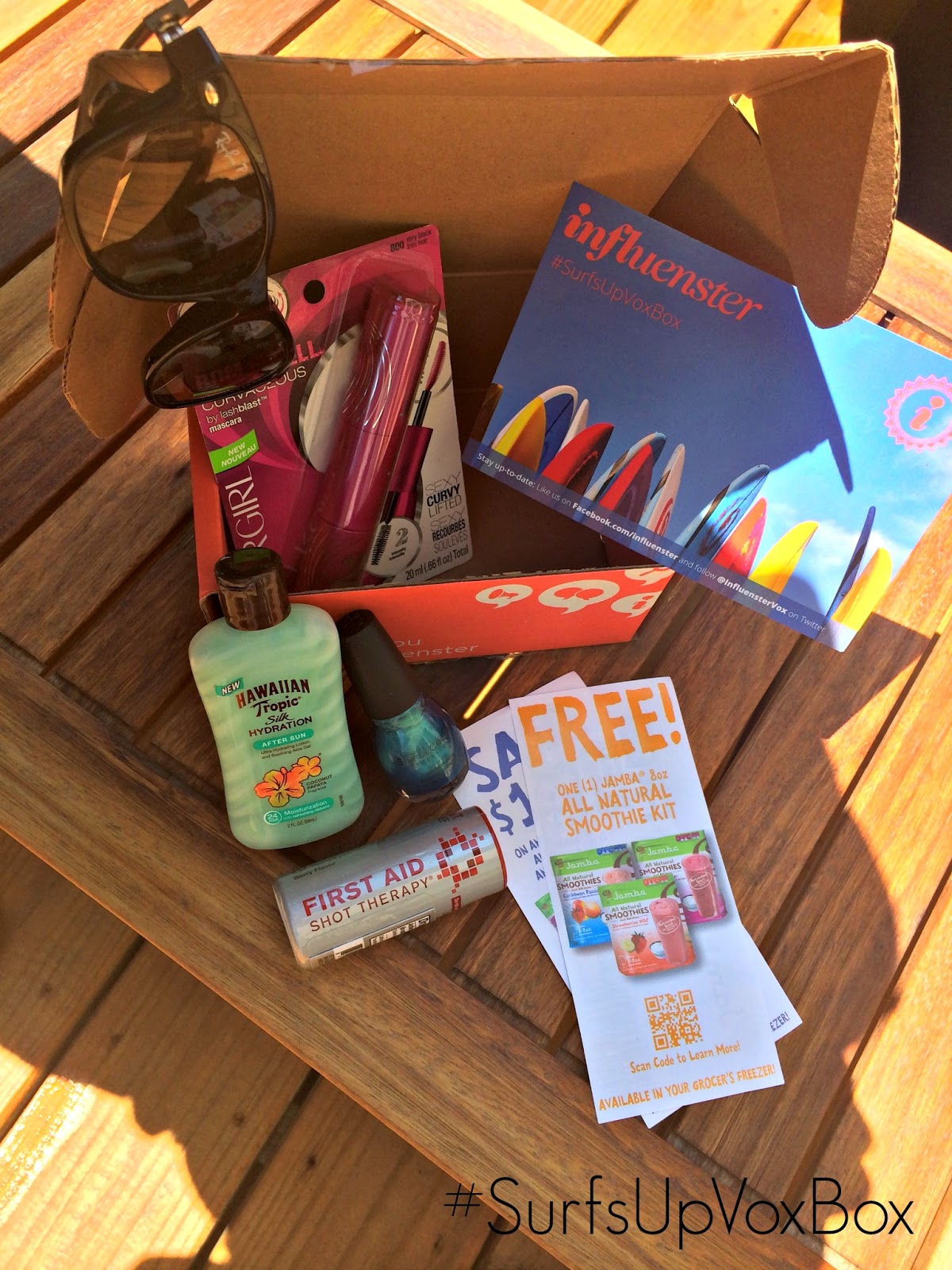 Hawaiian Tropic After Sun
This stuff smells like heaven - that is if your heaven, like mine, has a beach with coconuts and sunshine! I already know and trust Hawaiian Topic products and their After Sun lotion lives up to it's name. It's silky and fragrant and takes the sting right out of my sunburnt skin. Plus if you put it in the refrigerator before you use it, it gives you an extra cooling effect. 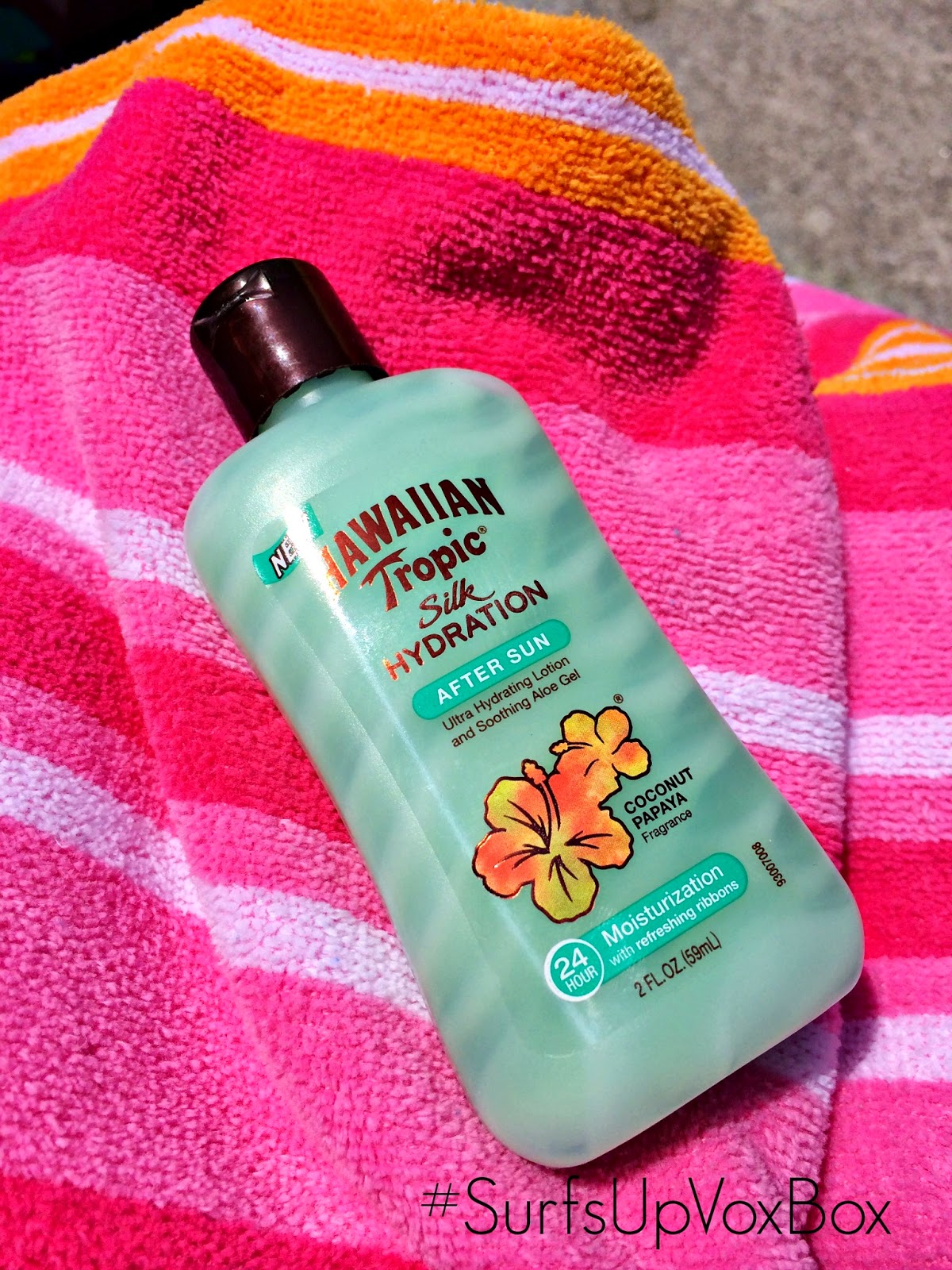 It's rare that I do this but I'm not going to give this product a great review because I used it for a couple days, got excited about it, blogged about it and then it was downhill. The mascara seems pretty awesome with two wands and an extra thick canister (is that what the base part is called? Oh we'll, I'm rolling with it.) but I found it smudged almost every time i applied it because it's supposed to be so long-lasting you have to take it off with eye makeup remover so I could never touchup the smudges and it caused me to have to rinse and repeat just to apply some mascara - and I don't have that kind of time in the mornings. 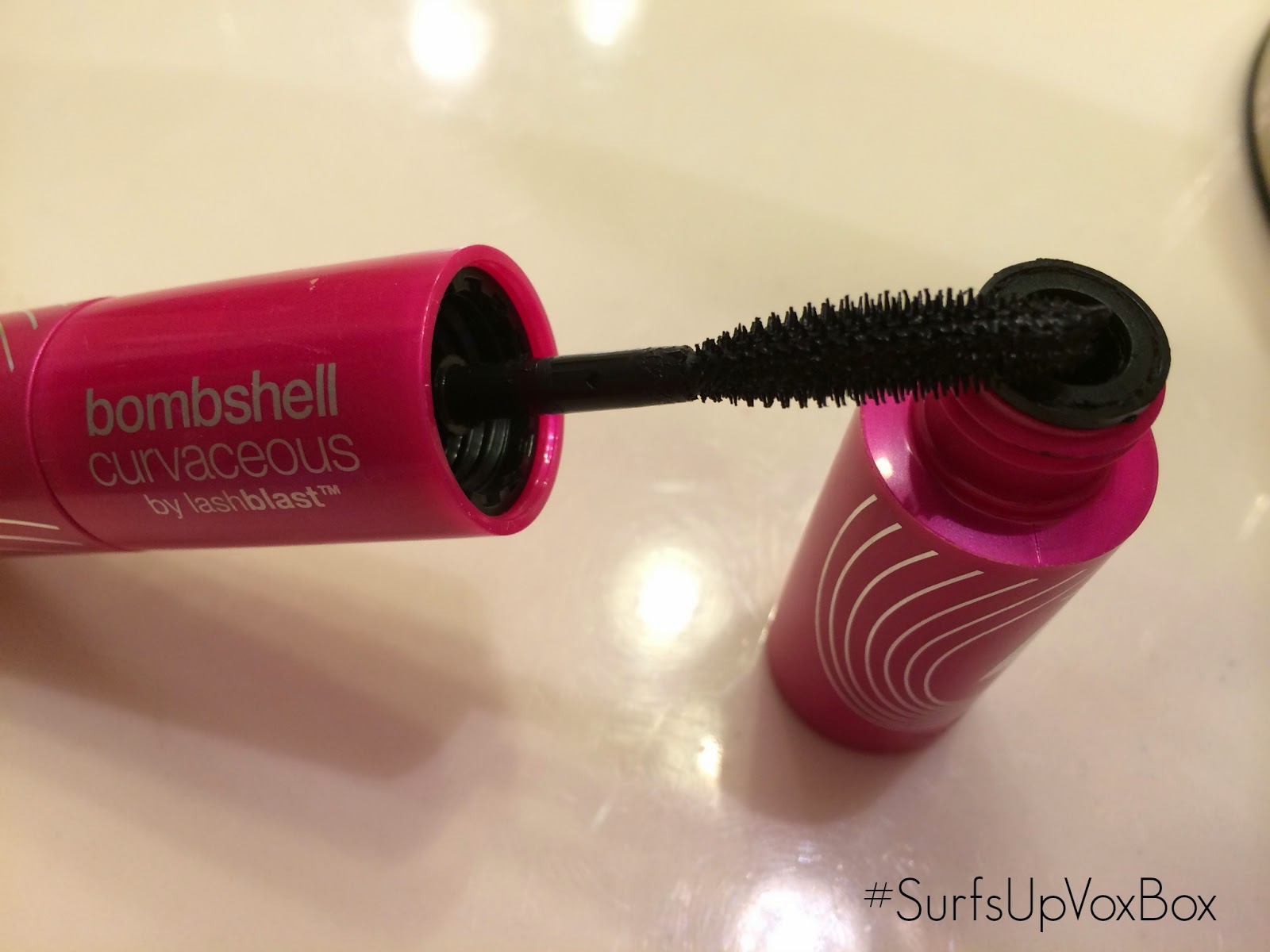 First Aid Shots
This mama doesn't go out like she used to so that one random weeknight when I did, I really needed some help. I've never had a Five Hour Energy or any other type of "shot" recovery but on a whim I drank the first aid shot. I didn't like the tastes but truth be told within about ten minutes my tequila hangover was dwindling quickly. 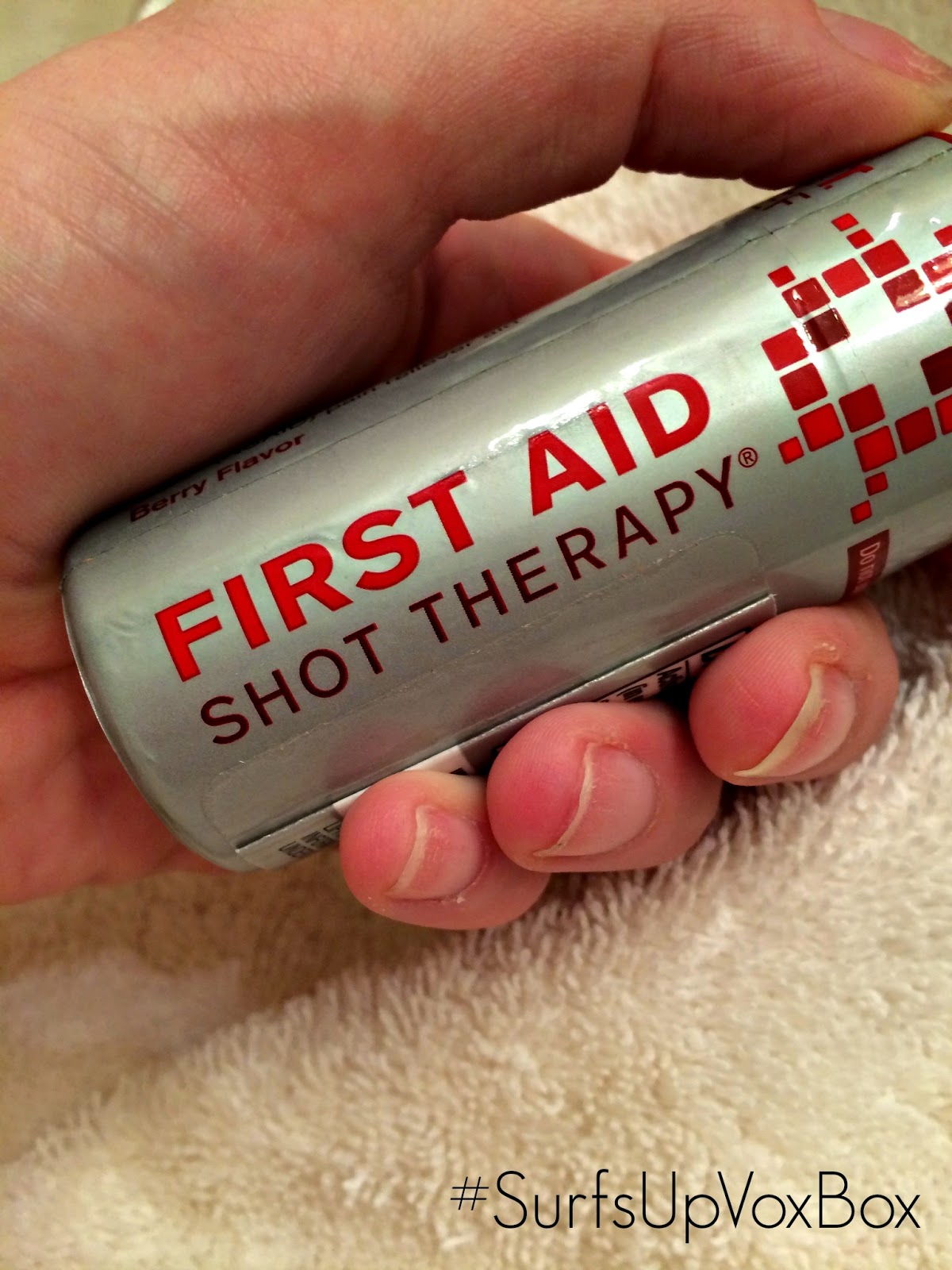 Would I buy it again: Yes. Like I said because I don't throw down as much as I used to I'm not going to stock my shelves with it but I'll keep some around for night when I've had a little too much wine.
3/5 Stars

Jamba Juice At Home Smoothies
This is one of the best products I've EVER received from Influenster. I've tried at least 4 different varieties and none of them disappoint. Up until recently I'd never had a smoothy with veggies because I was scared that it would ruin the taste, boy was I wrong! I'm now a believer! The smoothies are super-easy to make - just add the pre-measured smoothie mixture and one cup of apple juice to your blender and that's it! As a Mama bear to a toddler that prefers cookies to veggies, these smoothies have quickly become my go-to solution. My little guy and my picky husband both love the fruity taste of these smoothies and little do they know that they're packed full with vegetables. 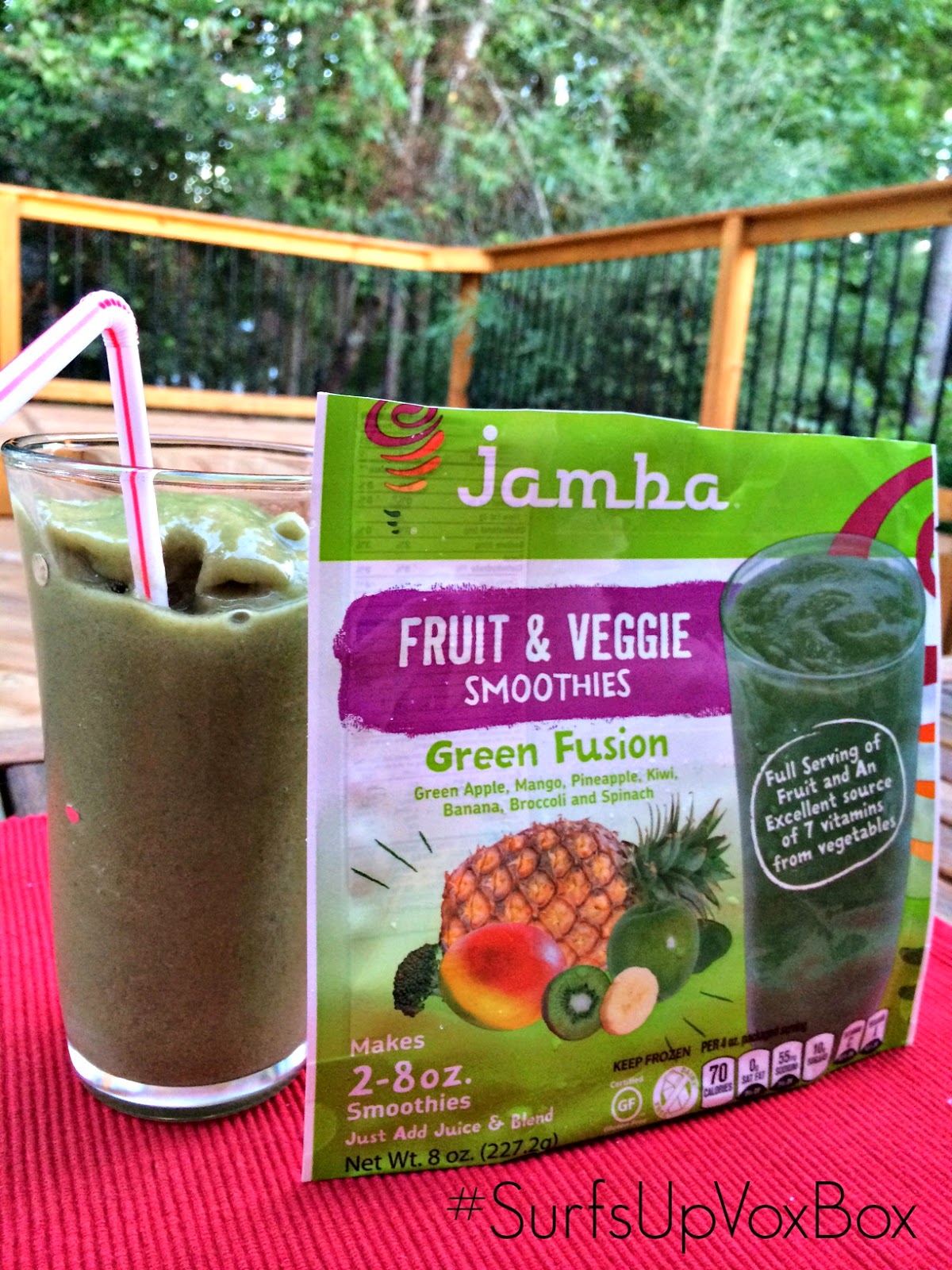 
Sinful Colors Nail Polish
The vivid color is the first thing that caught my attention but the reason I'd consider buying it again is because it lasted for 4 full days without chipping. The polish went on smooth and shiny and required very little maintenance after it was applied. 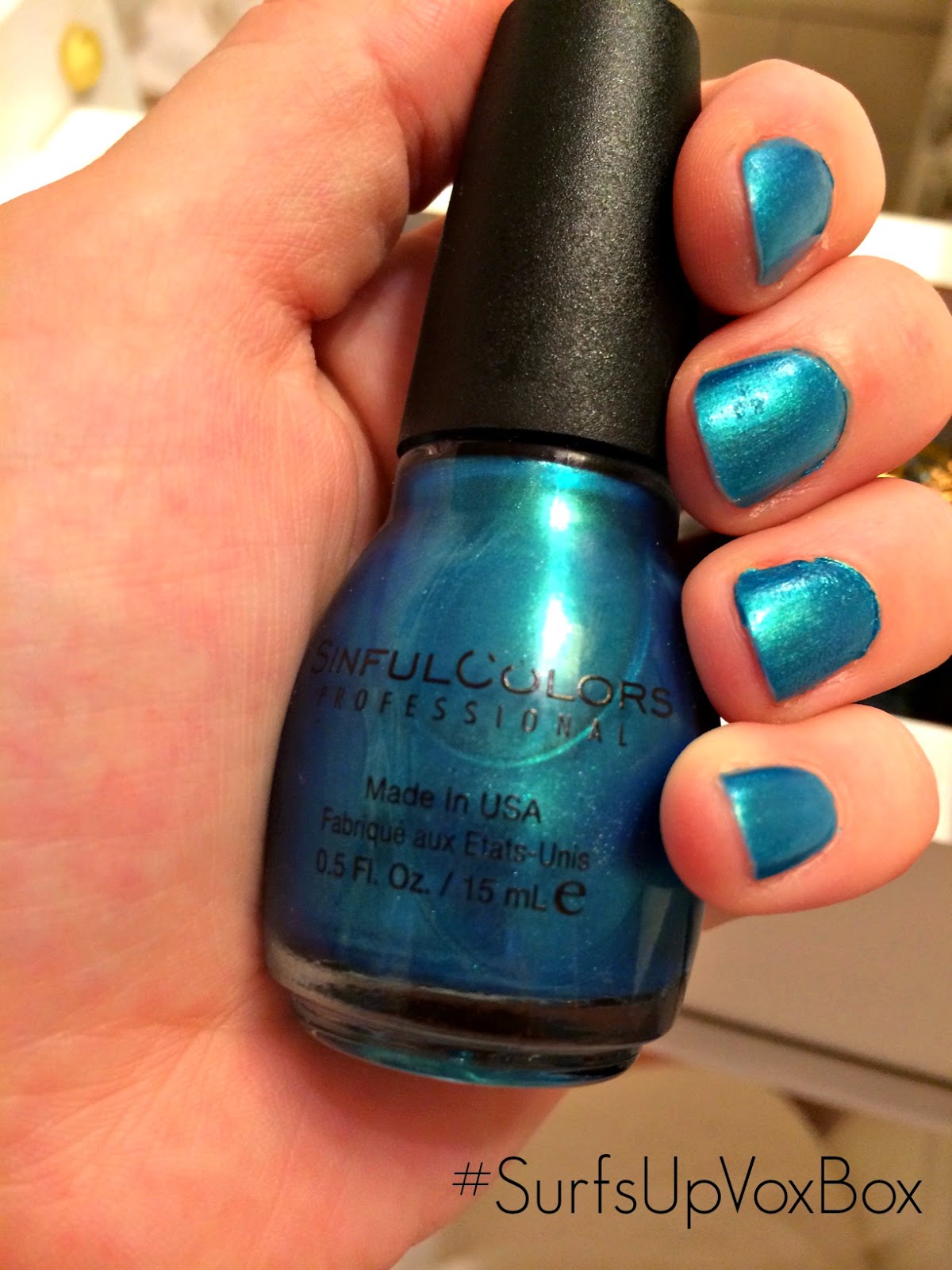 Would I buy it again: Probably. I'll probably buy Etsy and OPI more often but if I see a color I like I wouldn't hesitate to add it to my collection.
3/5 Stars

If you'd like to see more of my Influenster reviews you can check them out here:
Go VoxBox
Optic White VoxBox
Jolly VoxBox