The Story of How My Life Changed

My computer is resting just beyond my growing belly. Sometimes it even moves when my little angel decides to kick or wiggle. I'm currently 31 weeks, and as my impending due date approaches I'm taking some time to reflect back on Austin's birth story - when we did this whole crazy song and dance the first time around. 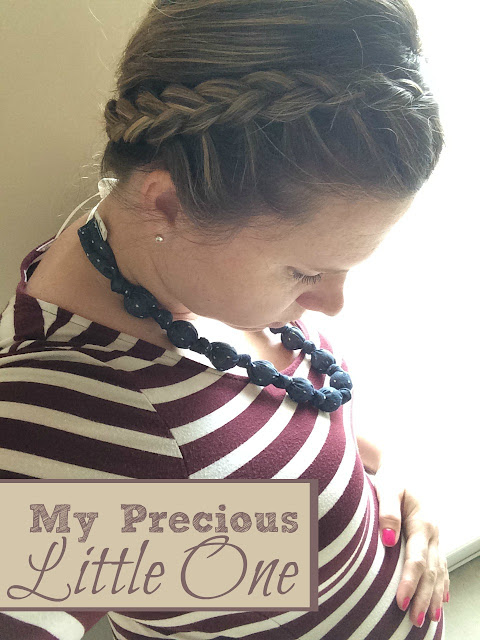 For all you soon-to-be-mommies you're about to be blessed with one of the greatest gifts on earth. I hope one day you'll be able to look back on your pregnancy and birth experience and realize that God has a very specific plan for you and your baby. This was very evident to me when my water broke 7 weeks early (at 33 weeks) with my first little one, who I dare say is now almost two and half.

To provide a little context, one day while my husband was planning a trip to San Francisco for business, he suggested that we buy my sister a plane ticket to Atlanta for her birthday. She could come see our new house and we could spend some time together before I had Austin. We were so excited that she and my brother-in-law

During their stay we planned to go to an Atlanta landmark, Dante's Down the Hatch (now closed). For those of you unfamiliar with the restaurant, it's a fondu restaurant with live jazz music and the inside hosts a replica of a pirate ship. Dinning there is an experience to say the least.
The three of us decided to lounge around the house for a couple hours before we went to for dinner. I (being pretty pregnant) needed a snack and I was in the kitchen cutting up some strawberries when all the sudden.....TMI ALERT.... I felt like I peed myself. I was incredibly embarrassed so I ran upstairs to change and acted like nothing happened; until it happened again. At that point I laughed it off and casually mentioned that something didn't seem right. I didn't make a big deal out of it so my sister and brother-in-law didn't either and we certainly didn't let it stop us from having a great evening. We got ready and went to dinner. And it was everything we'd hoped; theatrics, jazz, great food and great company. However, during that meal I had to excuse myself twice because I felt like I had lost control of my bladder. We finished up and headed home and I'd like to think I played it cool the entire time but secretly my anxiety was mounting.

We got home around 10PM and the uncontrollable bladder continued (my pile of laundry was growing rapidly). At that point, I started to get worried and I texted my husband that I thought my water broke. He was at a business dinner, in San Francisco (we live in Atlanta) so I didn't want to bug him but then it happened again (sigh) and I asked him to call me. We chatted for a minute and I told him I was going to call the doctor, which I did shortly after that, around 12:30AM on Sunday morning.

I was reluctant, but the doctor wanted me to come to the hospital to make sure that everything was okay. My sister and brother-in-law came with me and we left the house around 1:30AM (count your blessings - we missed all the horrible Atlanta traffic because it was so early).

They checked me in and ran several tests. Later the doctor came in, sat down and told me that I was correct; my water had broken. I had a slow-leak so that's why I never had the "gush" that some women experience. At this point several nurses swarmed into the room and I suddenly started having contractions (blessing - I went for more than 10 hours without contractions after my water initially broke). They were able to stop labor at that point and we called my husband to fill him in on everything that was happening. He was simultaneously going to the airport in an attempt to catch a cross-country flight. The doctor explained that there's a big risk of infection when the baby stays in your womb after your water breaks, but there's also risks for under-developed lungs (amongst many other things) when your baby is born early. The doctor made the quick decision that I would be on bed-rest in an effort to keep him in my belly until my husband could be there. Once he arrived we'd reassess so long as my health and the health of the baby was stable.

This is when things get foggy. There were lots of tests, little sleep, lots of hurrying places just to wait, and lots and lots of doctors, nurses and experts explaining what life would be like raising a premature child. They said the baby was fine and the plan would be that as long as I didn't spike a fever (an indication that he or I was developing an infection) he would remain where he was until I was 34 weeks. That meant I spent the next five days in a hospital bed hooked up to IVs and monitors with nurses in every hour to check my temperature. If I developed a fever I would need to have an emergency C-section, so it was vital that the nurses were diligent in their monitoring. (Blessing - the doctors, nurses and professionals that worked with me were beyond supportive and nurturing during my entire stay).

We crossed off days on the calendar until February 7th, when I was 34 weeks and they induced me. Since I was induced it took me several hours (6ish) to become fully dilated but the labor itself went incredibly smooth. I pushed 3 times and had Austin in less than 15 minutes. I had an epidural about an hour before his arrival and my advice is DON'T WAIT. If you're planning on having an epidural, in my mind, there's no reason to put yourself through painful hour-after-hour of contractions.

To say I had a birth plan would be a stretch, but I did know I wanted an epidural (if possible) and I knew that I would trust my doctor's judgement. I expressed these things to my husband and doctor prior to the actual labor.

I knew that Austin would go to the NICU, regardless of his condition, and the chances were good that there would be some sort of complication, be it underdeveloped lungs or infection. To say I was nervous about his health is an understatement but the moment that he was born I heard the greatest sound that has ever hit my ears; a beautiful, loud and healthy cry. The doctor laid him on my stomach and my husband cut the cord. Moments later I held the joy of my life.

The experience of having a premature baby in NICU was one of my greatest life lessons and challenges but that's a story for another post. We've been so blessed to have this incredibly resilient, strong, and beautiful bundle of joy join our family and to do so with the support and love of so many family members and friends will be a memory that I will never forget.

If I had to give you soon-to-be mommies one word of advice it would be to educate yourself but don't over strategize. You and your baby are a part of God's greater plan and that becomes most evident when you have a child. The saying "God laughs when we make plans" has never resonated more for me. I wish you a healthy and easy pregnancy but remember all the pain, stress and discomfort is worth it in the end. 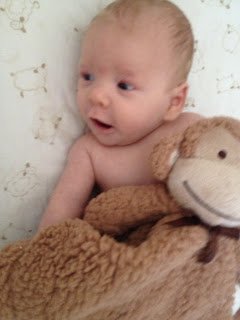 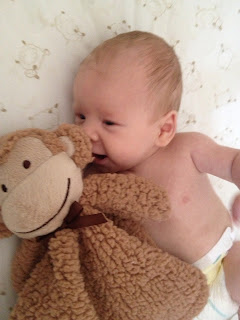 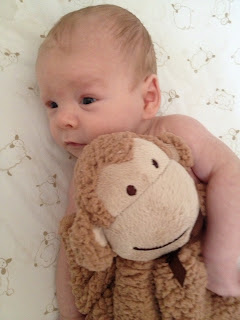 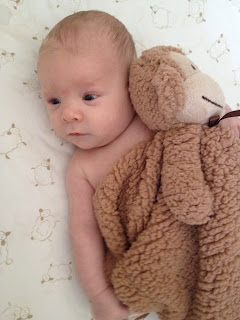 Do you have an interesting birth story or words of encouragement as I approach round #2?