Disclosure: Some of the links in this review of The Hiding Place are affiliate links, and I will receive a small commission if you click on one of those links and make a purchase, but this at no cost to you and all opinions are my own. 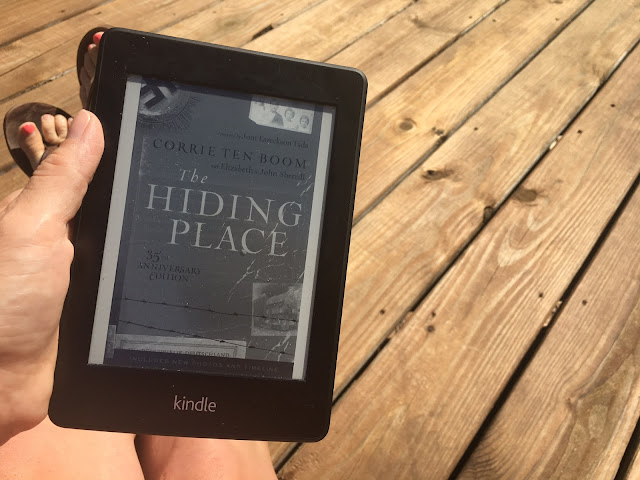 Over a year ago I posted a review of some of my favorite World War II Page Turners, and it was shortly after that, a follower suggested a book called, "The Hiding Place" by Corrie Ten Boom with Elizabeth and John Sherrill. Since I always come back to World War II novels, I added the book to my must-read list, where it sat for far too long. I finally decided to read the true story of a Dutch spinster turned Jewish sympathizer and later concentration camp survivor when I downloaded "The Hiding Place" on my Amazon Kindle Paperwhite.

Corrie Ten Boom and her sister Betsie Ten Boom were among the hundreds of thousands of prisoners detained in the Ravensbrück women's concentration camp during World War II. The difference between the Ten Booms and most of the other inmates was apparent as the story unfolded. The Ten Booms were devout Christian women. Their faith poured over into their every action, not withstanding the time they prayed for the Lord to use them to protect his sheep. Shortly, after that Corrie found herself at the center of the Dutch underground, working diligently to aid in the protection of Jews and young Dutch men. Little did the Ten Booms know they too would soon be hiding fugitive Jews in their home. 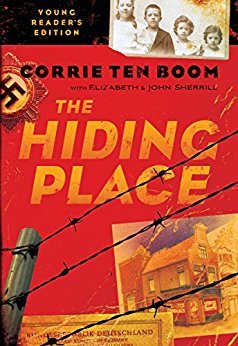 The middle-aged, unmarried sisters learned to be living examples of their devote faith from their Father. He would read aloud from his Bible daily for anyone who would listen, including his family and the employees of his small watch shop. His son Willem also developed a vigorous and unwavering faith, and he grew to become a pastor, and he ran a nursing home where he helped protect the feeble-minded and old of age. The entire Ten Boom family was convinced that their faith and love of Christ meant that they were to be his tools. Their actions were driven by a mission to bring the Word of God to all how would listen.

Throughout the story, there are several instances of miracles described which can only be attributed to God's glory and faithfulness. It was in one the darkest places, and during such a tumultuous and terrible time, that the Ten Boom women were living witnesses to God's promise of faithfulness and love. They were able to hide a bible in the concentration camp and read to the other women, who desperately yearned for the promise of better days and an ever-faithful and loving God.

As a modern Christian, this book is full of practical takeaways. I was most moved by the Ten Booms ability to see every situation as an opportunity to minister the Word of God and how their faith in Him kept their spirits lively in the darkest of circumstances. However, the most profound lesson was told through Betsie's story; it was her incredible love for the enemy and her constant prayers for their change of heart that I found most moving. In the mists of the most inhumane treatment, Betsie prayed for her captors.

This true story ends with a lasting legacy when Corrie Ten Boom is released from the concentration camp and later starts and runs rehabilitation centers for those affected by the war. This outreach was a dream she and Betsie shared during their quiet moments together in the concentration camp, and their mission helped hundreds of battered souls regain their place in society.

If you are a lover of WWII novels, nonfiction, historical fiction, or Christian novels, this book is a must read. I give this one a hearty 4.5/5 stars.

What are you currently reading? Please share in the comments below so I can add it to my must-read list.